Genocide is a term created during the Holocaust and declared an international crime in the 1948 United Nations Convention on the Prevention and Punishment of the Crime of Genocide. The Convention defines genocide as any of the following acts committed with the intent to destroy, in whole or in part, a national, ethnical, racial or religious group, as such:

The specific "intent to destroy" particular groups is unique to genocide. A closely related category of international law, crimes against humanity, is defined as widespread or systematic attacks against civilians.

This timeline traces the development of the word and law of genocide. 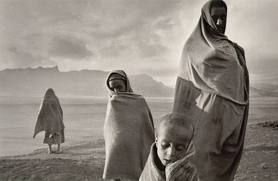 We strive to have a world without Genocide raise awareness about current situations of mass violence and human rights offenses. By learning about these areas of conflict and acting early to resolve them, We hope to educate and stop them from becoming full-out genocides.

The Following is from World Without Genocide:

World identifies a potential genocide by closely examining the dynamics of human rights violations in each situation, and comparing them to the Eight Stages of Genocide, as identified by Gregory Stanton.

1. Classification: Categories of “us” versus “them” are identified based on ethnicity, race, religion, or nationality.

2. Symbolization: Names or symbols are given to the classified categories. An example includes the yellow star for Jewish people during the Holocaust. Symbolization does not typically result in genocide unless it is accompanied by dehumanization.

3. Dehumanization: One group denies the humanity of the other group by equating them with animals, insects, or diseases. This eliminates the normal human revulsion against murder and makes killing someone of the other group as easy as stepping on a bug.

4. Organization: Governments, armies, or other groups of power unite and train militias to carry out the genocide.

5. Polarization: Extremists further drive the two groups apart by spreading propaganda, limiting contact between them, or creating laws to ostracize one of the groups.

6. Preparation: Victims are identified and separated. Death lists are drawn up. Weapons are distributed.

7. Extermination: Mass killing of the identified victims begins. At this point, killing is easy and the extermination is quick.

8. Denial: Perpetrators of the genocide try to cover up mass killings and intimidate witnesses.They deny that they committed any crimes, and try to blame what happened on the victims.

In her latest book, The Ravine: A Family: A Photograph, a Holocaust Massacre Revealed, Dr. Wendy Lower, Professor of History at Claremont McKenna College, observes that in the aftermath of World War II, “Eisenhower ordered that visual evidence be collected to guard against forgetting and disbelief." In this lecture, Dr. Lower shares her investigation of a single photograph—a rare “action shot” documenting the horrific final moment of a family’s murder in Ukraine. Through years of forensic and archival research, Lower sought to uncover the identities of the photographed and in the process recovered new details about the Nazis’ open-air massacres in eastern Europe, the role of the family unit in Nazi ideology, and a rare case of rescue and postwar justice.

The War in Ukraine: The Perspective of a Jewish Historian

The featured speaker is David E. Fishman a professor of Jewish History at the Jewish Theological Seminary, teaching courses in modern Jewish history. Dr. Fishman also serves as director of Project Judaica, JTS's program in Ukraine, which is based at Kyiv-Mohyla Academy University. He directs its Jewish Archival Survey, which publishes guides to Jewish archival materials in Russia, Belarus, and Ukraine. Dr. Fishman is the author of numerous books and articles on the history and culture of East European Jewry. This is not an HGI event but HGI strongly encourages its supporters to attend the event hosted by the Riverdale Temple and YIVO.

"Rescued from Darkness: The inspiring true story of Pope John Paul II School in the Luweero Triangle of Central Uganda.”

The producer and director, Dan Tarrant, will be present to introduce the film and have a Q&A following. The film shows a faith-based response to war and genocide in a complex society that continues to have religious and political contention.